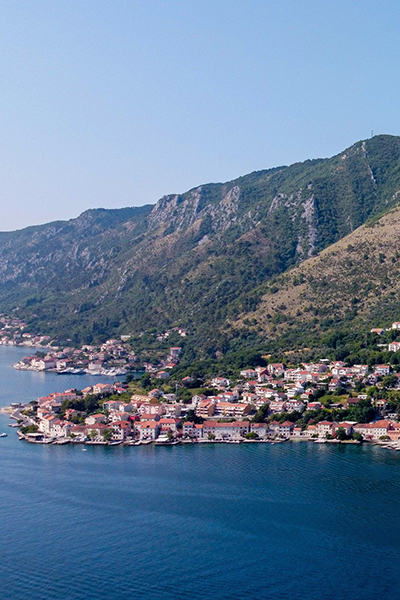 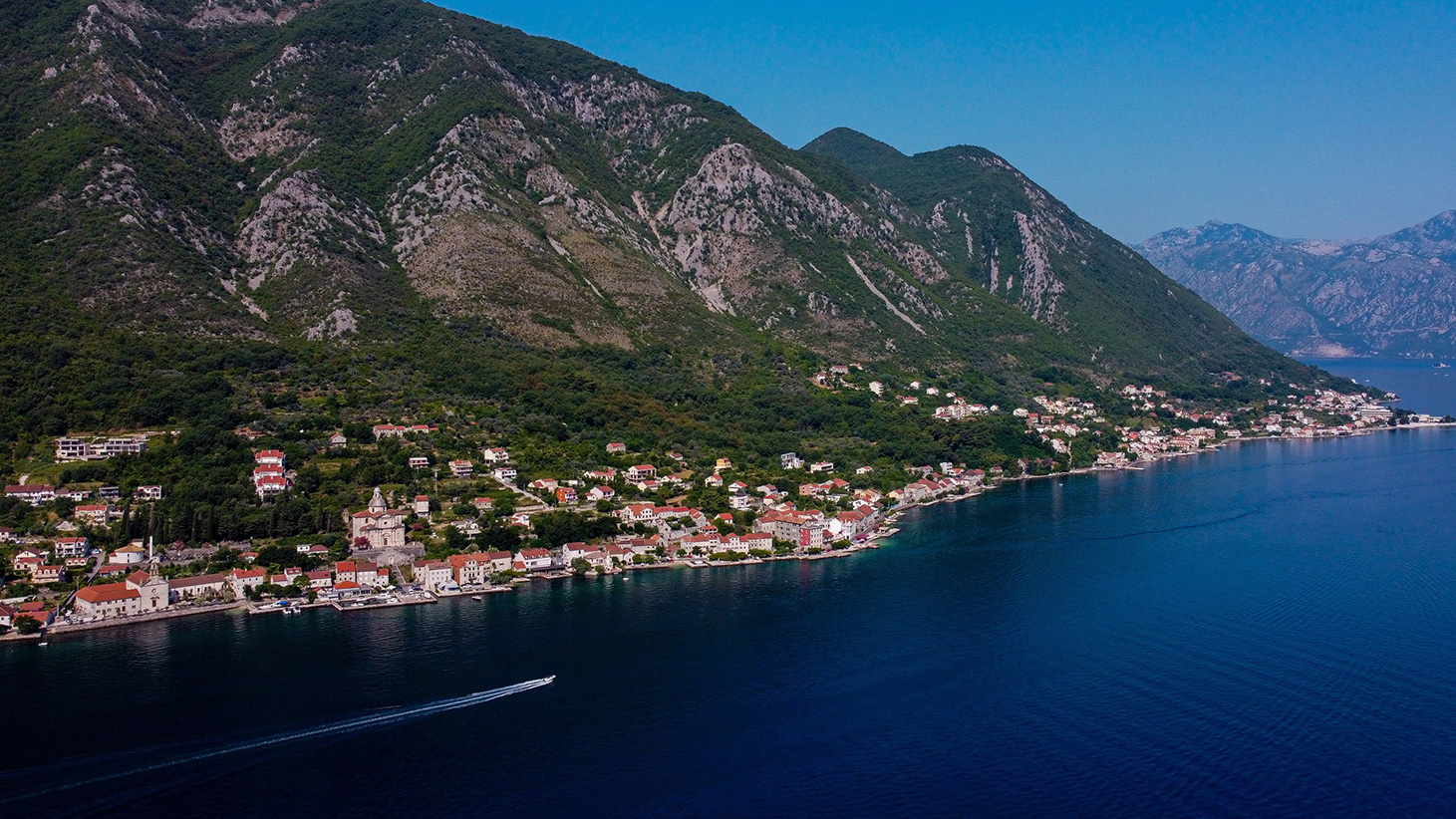 Prčanj is a small settlement only 3 km away from the historic core of the Town of Kotor, a UNESCO heritage site. Prčanj is an ideal location for holidays, recreation, jogging along the sea, fishing, windsurfing or SUP boarding … far from the usual hustle and bustle, but still close to the Town of Kotor. Experts think that it is exactly here in Prčanj where therapeutic wind roses meet to create a healthy oasis for the treatment of respiratory diseases. Numerous artists and poets found their inspiration and sanctuary in Prčanj.


The winding coastline makes numerous capes and coves. There are four capes: Glavati (named after a noble family from Kotor), Tre Sorelle (after a legendary 15th century palace), Grasovo and Markov rt, and two coves: Pavlovica and St. Anne. There are also five freshwater sources; generally speaking, Prčanj abounds in good quality drinking water. It has balmy climate, with temperatures rarely reaching 0° C, and only in January and February. Average winter temperature is in the range of 10° C; it snows only rarely with the snow cover melting within a few hours. Due to the fact that Kotor Bay is surrounded with high mountains, in winter winds are not so frequent, while in autumn southerly winds prevail bringing rains. In January and February there is strong northerly wind (bora) which Glavati cove is protected from by Mount Vrmac.

Kotor, which is assumed to have been established by the Romans back in the 1st century, is one of the oldest Mediterranean coastal towns. It has for centuries been a strategically important town for the defence of frontiers. In the rich documentary heritage there is evidence of the presence of various dominions and administrations: Roman, Illyrian, Venetian, Medieval Serbian State of Raška, Russian, Napoleon’s France, Austrian … Maritime tradition has always been cherished and, as far as it is known, “Boka Navy” is considered one of the oldest existing maritime institutions in the world (founded, according to some historical sources, back in 809 A.D.). It is interesting to note that during the Austrian domination maritime industry in Boka Bay relied on 131 wind-powered sailing ships totalling 36.175 GRT.

At that time, Captain Ivo Visin from Prčanj, as the first Austrian Empire subject to circumnavigate the world with his 300 GRT sailing ship “Splendido” sailing under the Austrian flag and with 11 crew members, which exploit brought him numerous recognitions, the most important of which being “Merito Navale” flag for special maritime merits and the only one to have been awarded to an Austrian seafarer. This flag is kept today in the Temple of Our Lady in Prčanj. In the same period, mid-19th century, another famous figure from Prčanj, a ship-owner Anton conte Luković was doing business with his12 sailing ships in the English Channel and contributed significantly to the economy of Cardiff and Wales, which resulted in him being elected the Vice-President of the British Chamber of Commerce with the headquarters in London. 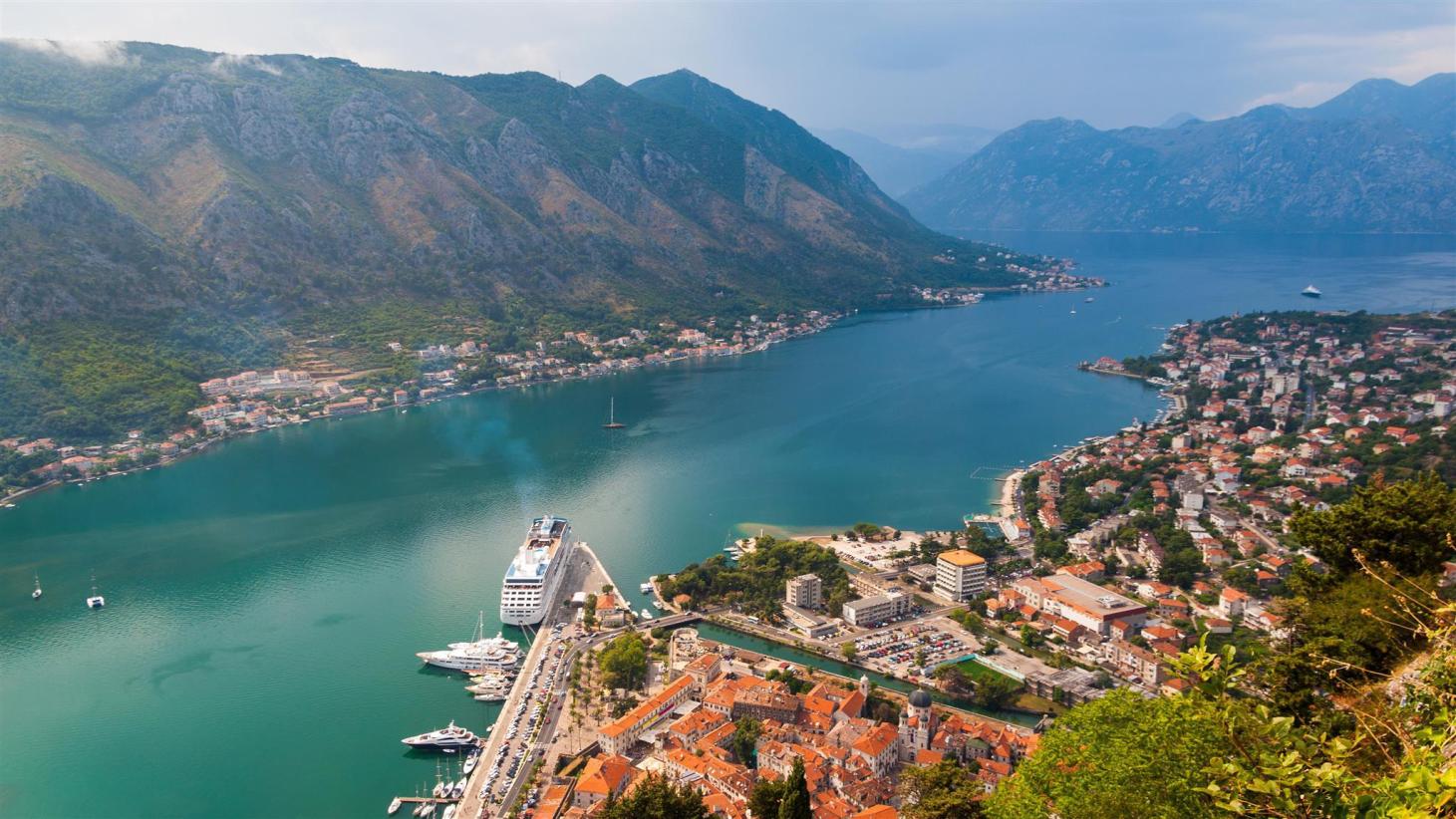 Kotor seafarers enjoy divine protection in the figures of St. Nicholas the Protector of Mariners (the Feast Day is celebrated on 6th / 19th December) and Our Lady of the Rock whom the inhabitants of Perast dedicated a Baroque church constructed by the Venetians on an artificial islet which, it is assumed, had been created during 200 years thanks to the throwing of rocks around a crag and the remains of the sunken ships. Every year, on 22nd July, the inhabitants of Perast and the entire Boka Bay celebrate the beginning of the construction of the church, traditional “Fašinada” on which occasion a convoy of boats reach the islet and throw rocks around it ...

This site is registered on wpml.org as a development site.